In 1948, John Middlekoop founded Middlekoop Seed with the intentions to provide farmers with the highest quality seed possible. One year later, these intentions landed Middlekoop corn in the Truman Presidential Library and as the years have gone on, in fields across the Midwest.

John knew quality corn due to his extensive experience in husking competitions and participation in corn shows during his youth. John expanded his business on his home farm slowly until 1958 when he bought and moved to the current company location.

He then continued the slow expansion believing that quality and customer relationships are the foundation of a strong company. 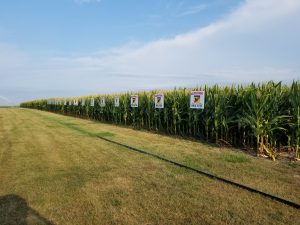 This continued until 1972 when Jack, John’s son, bought the company and took over the reins. Jack who had farmed alongside his father from the time he was a child understood what it takes to run a successful seed company and over time has built all Middlekoop Seed’s current facilities.

Under Jack’s direction, Middlekoop Seed continued the trend of growth, keeping the same principals of quality and customer relations first. As President Jack, leads Middlekoop Seed from the day to day decisions to handling customer’s needs personally. His motivation is to remain good as the best, better than most.